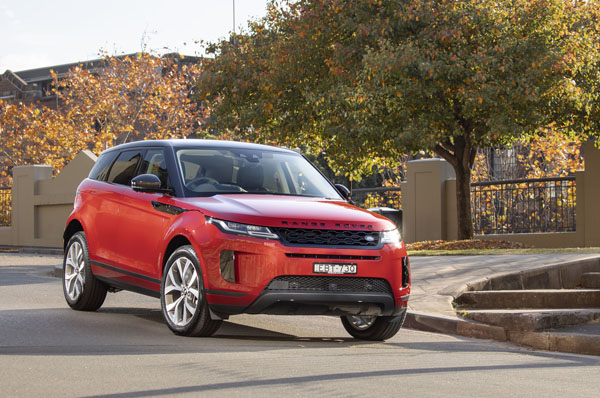 Launched in London late last year with all the glitz and glamour associated with the Range Rover brand, the new second-generation Evoque compact SUV has now arrived in Australia.

Given the popularity of the original Evoque’s stylish design changes with the new model have been kept to a minimum with a number of elements brought over from its larger sibling the Velar including flush-mounted door handle that give Evoque a cleaner, smoother shape.

It retains the distinctive coupe-like silhouette, rising waistline, pronounced shoulders and powerful wheelarches and large wheels that have made Evoque such an eye-catching vehicle.

Although it’s slightly shorter overall than before, new Evoque has a longer wheelbase which allows for a larger interior most noticeable in 20mm of extra rear kneeroom.

Cargo space has been increased to 591 litres expandable to 1383 litres with the 40:20:40 rear seatbacks folded down.

There are six engine options, three turbo-petrol and three turbo-diesel. All have 2.0-litre capacity with different levels of tune and all are mated to nine-speed automatic transmissions.

Mild hybrid and PHEV plug-in hybrids are due here later in the year. 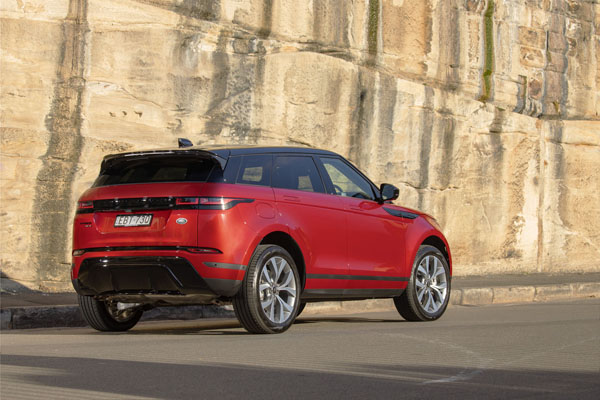 The new Evoque has an even stiffer body to ensure the ride comfort and refinemen.

While not many Evoque buyers will be taking their vehicle off-road the ability to do so remains integral to the Land Rover brand. So it has ground clearance of 212 mm and approach / departure angles of 25 degrees in the front and 30.6 degrees in the rear. It can also wade through water up to 600 mm deep.

It also has four-wheel drive traction with Terrain Response 2 which automatically detects the surface being driven on and adjusts the set-up.

One fascination feature of new Evoque is Clearsight Ground View which effectively makes the bonnet invisible by using forward-facing cameras on the front grille and both door mirrors to project imagery onto a touchscreen and so give the driver a 180-degree view under the front of the vehicle.

There’s also an optional ‘smart rear-view mirror’ that can be manually switched over to become a video screen whenever rear visibility is obstructed by passengers or bulky items. The screen provides a wider (50-degree) field of vision and superior visibility in low light.

We’re looking forward to road testing the new Range Rover Evoque both on and off road and will report on them as soon as possible.