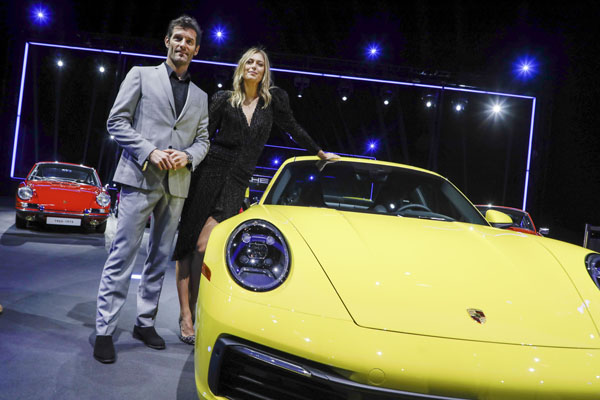 The eighth generation Porsche 911 (type 992) had its world premiere on the eve of the Los Angeles Auto Show.

The next generation of flat-six turbocharged engines has been further developed and is more powerful than ever before, with 331 kW (450 hp) in the Carrera S models. This corresponds to an increase of 22 kW (30 hp) over the previous model.

The engine sits behind a new eight-speed dual-clutch transmission PDK as standard.

As a result, the new 911s get from zero to 100 km/h in significantly under four seconds. The rear-wheel-drive Coupe needs 3.7 seconds and the 911 Carrera 4S with all-wheel drive just 3.6 seconds. This makes them cars 0.4 seconds faster than the previous models.

These already very impressive times can be reduced by a further 0.2 seconds when the optional Sport Chrono Package is installed.

The exterior design is completely new, but of course is instantly recognisable as a Porsche 911. (If not the designers would now be working as assistant toilet cleaners in the darkest part of the factory!)

At the front, the body is 45 mm wider that in the previous generation. The bonnet a pronounced vertical beading that again evokes the design of the early 911 generations.

The rear end is now the same width across all models to emphasise the slimline centre section. The rear is dominated on all models full-width rear lights that are such a feature of recent models. There’s a significantly wider, variable-position rear spoiler.

Apart from the front and rear sections, the entire outer skin is now made from aluminium to keep weight down. 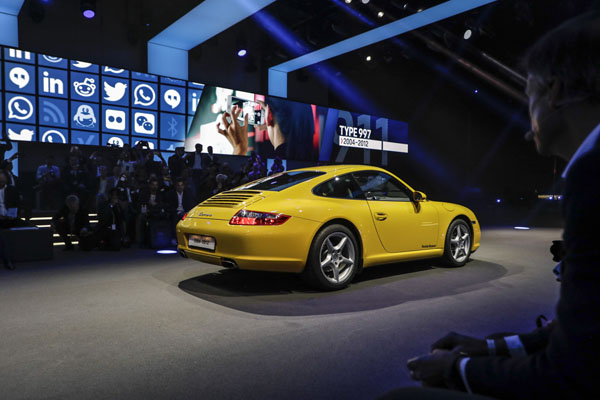 A completely new interior features straight lines of the dashboard with recessed instruments. Again, Porsche’s designers said the 911 models from the 1970s provided their inspiration on this. Alongside the central rev counter two thin, frameless freeform displays provide information to the driver.

The centre screen of the PCM is now 10.9 inches, beneath it is a switch unit with five buttons for direct access to important vehicle functions.

Not surprisingly, the Porsche 911 takes the next step into the future with permanent connectivity as well as new functions and services. The standard PCM features include online navigation as well as various Porsche Connect Plus functions.

In a world first, Porsche has developed Wet Mode which detects water on the road, preconditions the control systems accordingly and warns the driver. The driver can then set up the 911 for a particular emphasis on safety, by pushing a button, or using the mode switch on the steering wheel (the latter is included with the optional Sport Chrono Package).

The Warn and Brake assist system, also standard, detects the risk of collisions with moving objects and initiates emergency braking if driver does not do so.

Night Vision Assist with a thermal imaging camera is optionally available for the Porsche 911 for the first time.