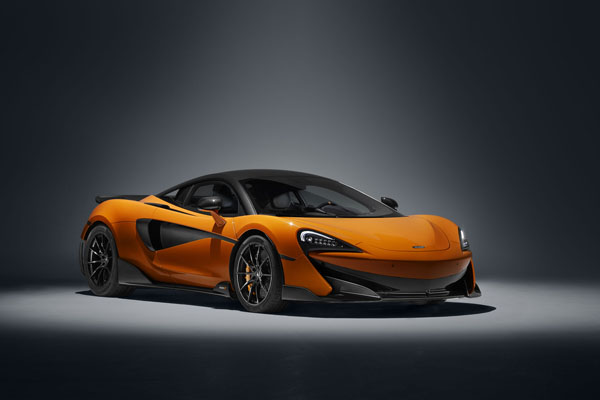 McLaren Automotive has given Australian motoring enthusiasts the first local viewing of its latest supercar the 600LT.

Described as track-ready and road-legal the 600LT is based on the previous 570S but with the enticing combination of more power, reduced weight and extra downforce.

The ‘LT’ in the name stands for Longtail and it follows on from the three previous LT models, the legendary Le Mans winning F1 GTR, the 675LT and 675LT Spider.

The big physical difference between the 600LT and the 570S and one of the biggest talking points are the exhaust pipes that sit at the top of the rear panel adjacent to the rear-mounted engine. This means that the pipes are much shorter and so contribute to the extra 30 kW of power over the 570S. Their location also frees up space at the lower rear allowing for a larger diffuser which further improves the car’s aerodynamics. 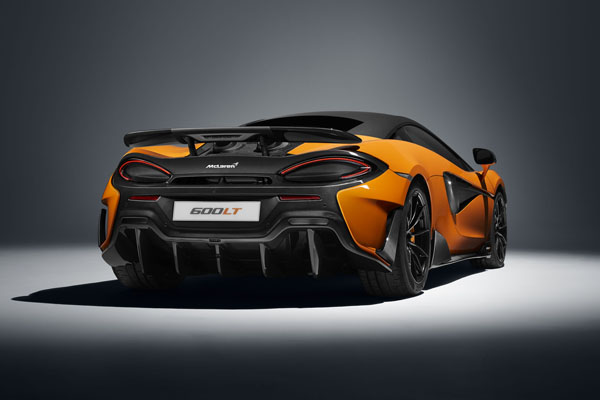 Weight reduction is a key feature of the new 600LT with up to 96 kg being trimmed from the already-lightweight 570S on a range of components to allow it to hit the scales at just 1247 kg. These include carbon fibre bodywork, forged aluminium double-wishbone suspension, hollowed-out anti-roll bars, lighter wheels and brakes, thinner glass, optional seats taken from the McLaren Senna and the aforementioned shorter exhaust pipes.

This combination of reduced weight and extra grunt allows the 600LT to accelerate from zero to 100 km/h in 2.9 seconds. Then with its McLaren Senna brake boosters it can drop from 200 km/h to standstill in 177 metres.

The pre-production 600LT that was shown in Sydney will be followed from next month when full production will begin at the McLaren factory in Woking, Surrey. While there is no production limit it will only be built for a total of 12 months. 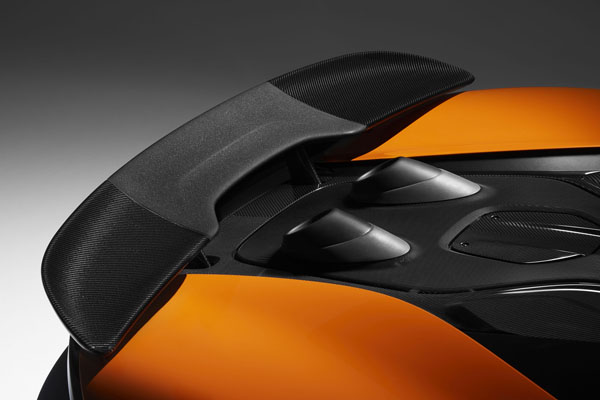 Australians who already have placed their orders, and parted with some of the $455,000 plus on-roads sale price, can expect delivery by the end of this year.

The chances of getting a McLaren 600LT for our usual week-long test are negligible. However the good news is that there are currently three Australian McLaren dealerships, one in Sydney, one in Melbourne and the third at Southport on Gold Coast, where Marque’s northern team is based.

So we’ll try and pull a few strings and get to spend at least a couple of hours for a bit of promenade posing followed by a spin along the excellent hinterland roads.

Fingers crossed and watch this space for our road test report.