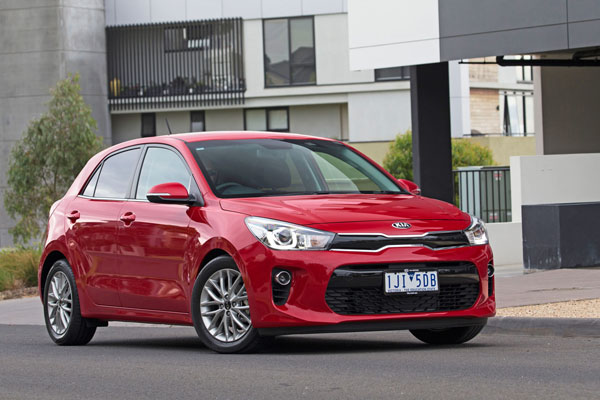 Kia’s fourth-generation Rio has arrived and it’s significantly better than the already good gen-three model. It features improved ride and handling, safety and has full connectivity for Apple CarPlay and Android Auto.

Kia is very much a global player and was styled in the company’s design centres in Germany and California, overseen by the design Namyang, Korea. Naturally the company’s famed design chief, Peter Schreyer, kept a close eye on the work.

The design is neat and tidy and already looks to be timeless rather than ground breaking. It has the latest evolution of Kia’s ‘tiger-nose’ grille, this time thinner and wider. A gloss black grille distinguishes the Si and SLi models.

We like the bonnet with its ‘bracket-shaped’ creases that run down from the base of the A-pillars to the grille and headlamps. Also looking good is the sculpting of the door’s lower surfaces.

New Rio sits on a 10 mm longer wheelbase than before for added interior space and is 15 mm longer overall. It sits five mm lower. 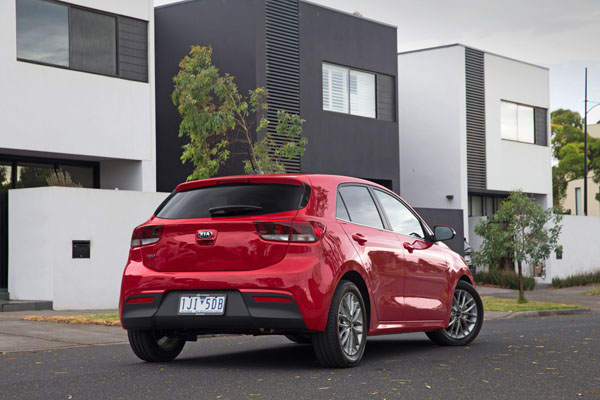 The modern cabin is nicely styled and has an upmarket look. The straight lines running the width of the dashboard increase the sense of space.

At the centre of the dashboard is a ‘floating’ 7.0-inch touchscreen with a high-resolution display.

The Rio S seats are trimmed in woven Tricot cloth, the Rio Si buyers has an embossed Tricot cloth treatment, the top of the range Rio SLi has artificial leather trim. 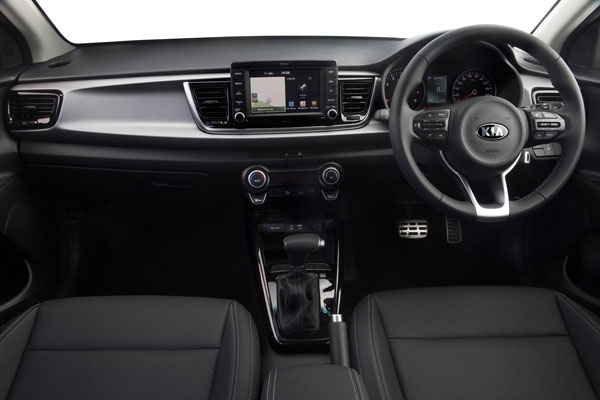 Luggage capacity has increased by 37 litres to 325 litres (VDA; +13%), among the best in class. The 60:40 split-folding rear seats and a space-saver tyre further are part of the voluminous package.

The new Kia Rio is powered by a 1.4-litre engine with 74 kW and 133 Nm. A four-speed automatic is standard in the Si and SLi, or you can choose a six-speed manual transmission in the S model.

Our initial driving impressions as part of the media launch of the new Kia Rio were all positive. Kia in Australia has long worked on tailoring its cars to suit Australia drivers’ desirers and our road conditions.

The Australian ride and handling team has worked with its Korean counterparts to give us a car that’s semi-sporty without being overly firm. The steering feel is nicely weighted and provides good feedback. It grips the road well, isn’t bothered by rough surfaces and provides plenty of leeway if the driver makes a mistake.

All-in-all the gen-four Kia Rio is a very competent small car that should appeal to many. Not just for its looks and interior room, but also for the peace of mind provided by the longest warranty in the country.