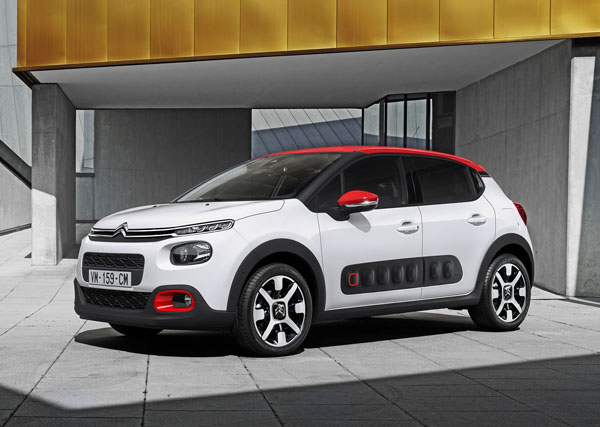 Following on from the unusual styling of the innovative Citroen Cactus, the French marque has revealed its all-new C3 model featuring Cactus-like styling. Instantly obvious are the Airbumps which protect the doors from minor to midrange damage.

There are colour choices for the foglamp surrounds, door mirrors, rear window surround and the Airbumps themselves. Buyers can also choose between four different interior mood packs.

The tall bonnet with its stacked lights looks great, as does the interesting tail treatment with light surrounds that occupy the full width of the body.

It’s not only about style, Citroen tells us the C3’s aerodynamics are improved by a roof that’s 40 mm lower than on the superseded model and all surfaces are optimised to make full use of the airflow. However, it doesn’t quote a Cd number to back this claim.

The new C3’s interior has an interesting wide-look dash, which can also be tailored in many ways. It can be painted, wrapped with textile or TEP lining, can be ordered with or without over-stitching and offers a choice of chrome or colour surround. It matches the seat material for a coherent interior mood.

The central 7.0-inch touchscreen has a tablet-style design that seem sure to appeal to the trendy folks, be they young or old.

Following a hiatus in interesting design and technology Citroen is well and truly back at the leading edge of both fields. This includes Citroen ConnectedCam, an onboard HD camera that lets drivers share photos and videos directly to the cloud. It consists of a two-megapixel, wide angle (120-degrees), full HD connected camera with GPS and a 16-gigabyte internal memory. 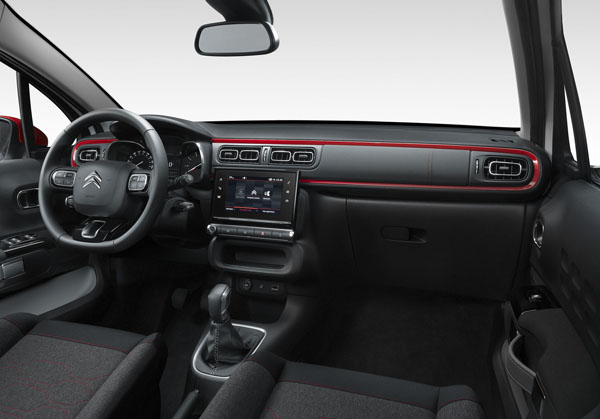 Fitted behind the rear-view mirror, it records everything the driver sees through the windscreen to log the driving experience.The driver can click to safely take photos for keeping or sharing on the social networks immediately or, keeping the button pressed, shoot film with a 20 second duration for sharing once the car is stationary.

Power is provided by Citroen’s PureTech petrol with either 50, 60 or 81 kW and BlueHDi diesel 55 or 73 kW engines that drive the front wheels by way of a new-generation six-speed automatic transmission. It’s unlikely all engines will come to Australia, but details are still to be finalised.

The general manager for Citroen Australia, Kai Bruesewitz, sounded pretty impressed by his new baby, saying the C3 would make a welcome addition to Citroen’s Australian line-up. “Negotiations are well underway and we are very keen to reintroduce the C3 to Australia and anticipate launching the vehicle in Australia mid-2017 with specifications and pricing confirmed closer to this time.”

Stay tuned and we will provide details of the Australian versions of the fascinating new C3 as soon as we have them. Followed by a road test review as soon as we can get ourselves into one, perhaps two.