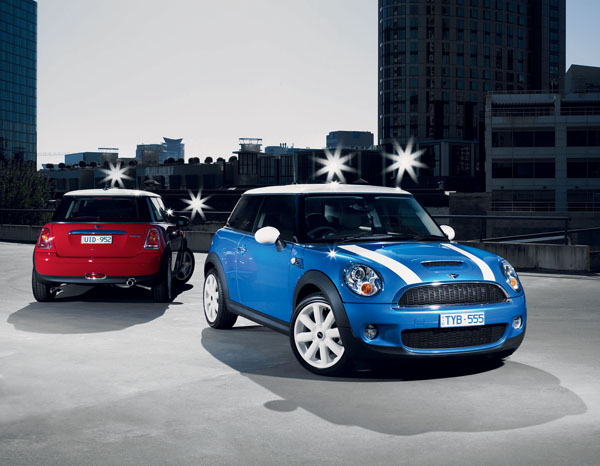 After BMW took over some of the remains of the once great British motors industry in 2000, in March 2002 it revived the famous Mini.

The BMW designers stuck to the original styling theme but enlarged the car in all directions to give it added safety and greater interior and luggage space.

That new-gen Mini was a hit from day one thanks to a deep understanding of the Mini legend of fun driving and, even more importantly, trendy customisation.

As these first cars are getting on in years we will focus on the gen-two BMW Mini introduced to Australia in March 2007, given a major facelift in November 2010, than discontinued in March 2014 to be replaced by a third generation Mini.

An ever increasing number of components in these Minis was shared with the smaller BMW models, particularly in their drivetrains and technology. 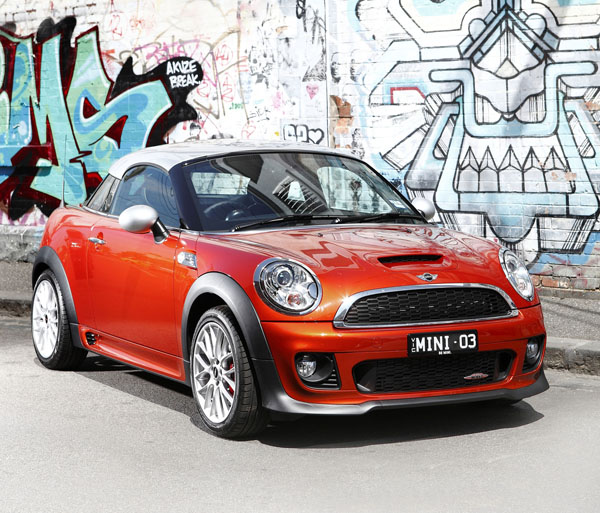 Note that these dates refer to the biggest selling Mini, the three-door hatch. Other bodies; a five-door hatch, and two-door convertible/cabriolet and a two-door coupe (sort of SUV) called the Paceman.

These various bodies arrived at times that seldom matched the mainstream three-door Mini so there were different engines and underpinnings on sale at the same time.

There’s also a station wagon called Mini Clubman that had a weird rear-passenger door layout with a tiny door only on the driver’s side. Clubman finally became mainstream in 2015 with two conventional rear doors. By one definition this latest Clubman is a six-door as it has two rear barn-doors.

Mini has steering that’s almost kart-like in its response and provides a huge amount of driving pleasure. Some may find it almost too quick at their first drive. We suggest sticking with it, perhaps even over more than on private road test to become accustomed to it. If you don’t love it then we’ll be very surprised

A downside of the sharp handling is that the ride is fairly harsh, all the more so on rough Aussie country roads.

There’s an enormous range of engines on offer in the Mini. Three- and four-cylinder units – latter in various stages of tune culminating in the Cooper S and the delightful John Cooper Works. The JCW is one of our all-time favourite Minis. 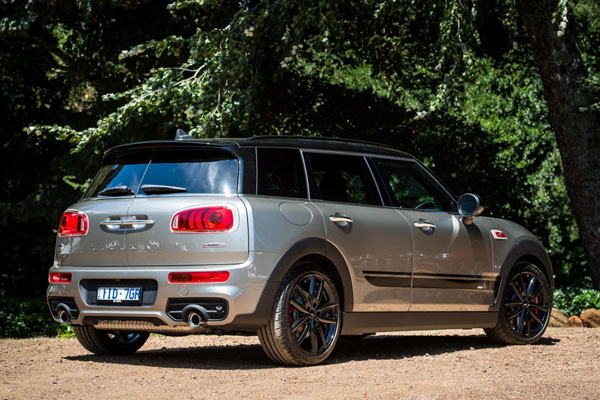 The Mini network is well established in Australia. Most dealers are in suburban areas, which could lead to parts problems if you break down in remote country. These days you can usually count of spares being shipped anywhere in Oz within a few days.

Being part of the BMW organisation gives the Mini major advantages in technical backup.

Spare parts and servicing charges aren’t unreasonable for a car in this class, meaning they are higher than for a typical small car.

While it’s possible to do some of your own routine servicing, we suggest you stick with the professionals for all but the most minor tasks, and don’t even think of touching areas that can compromise safety.

Many Minis belong to keen owners and are serviced strictly by the book at Mini / BMW dealerships. If this applies to the used car you’re buying it makes sense to keep up the clean record. You will probably have to pay extra, but it’s money well spent.

Insurance costs can be quite high, even more so for one of the high-performance variants. Shop around for insurance, but make sure you do an accurate comparison between companies.

WHAT TO LOOK FOR
Check for crash damage, or previous smash repairs. Mismatched paint colours from one panel to another, for ripples in the panels, and tiny drops of paint in unpainted areas – glass, badges, lights and so on.

Be very wary of a Mini that has been fanged during track days or at a drag strip. Look for a roll cage, lowered suspension and additional instruments. Keep in mind the car may have been put back to standard before going on sale.

Look over the interior for signs of damage or wear and tear. Don’t forget to check the boot.

Check for signs of water stains in a cabriolet, ask to have the carpets removed to check the floor under them. Dry carpets may be new units, so don’t necessarily mean the car hasn’t been caught in the rain…

Make sure the engine starts easily and idles smoothly. Watch for a puff of smoke from the exhaust when it first kicks over and again when it’s accelerated hard during your road test.

Be sure all gear changes are light and quiet.

CAR BUYING TIP
Many enthusiast cars result in clubs being formed. These are excellent sources of information on the cars. Indeed, Someone in the club may even know the history of the used car you’re considering…