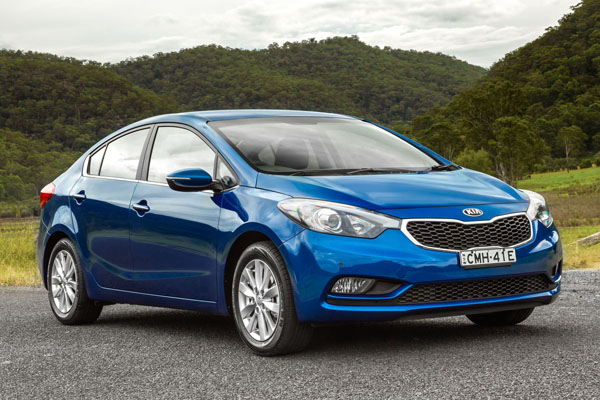 Kia Cerato is a small-medium South Korean car that’s becoming ever more popular in Australia. This has been partly due to the stunningly long seven-year warranty, but the car itself has been significantly improved since the first models arrived here in 2004.

Originally, Cerato was rather plain it is shape but the third generation, launched here in April 2013 has a lot more oomph its lines and sales were strong from day one. These are the models we will be covering in this week’s Used Car Checkout.

Kia Cerato is sold as a four-door sedan and five-door hatch. The sedans were sometimes introduced or updated before the hatches so there was an overlap of new and old bodies at times.

Cerato has pretty good interior space for its class and can carry four adults without the folks in the front seats having to compromise to any real extent.

Suspension is reasonably supple, though rough Aussie country roads can occasionally trouble it. Noise and vibration are well damped.

These gen-three Korean models are almost up with the Europeans due to their driving dynamics being uprated to suit Australian drivers’ tastes. 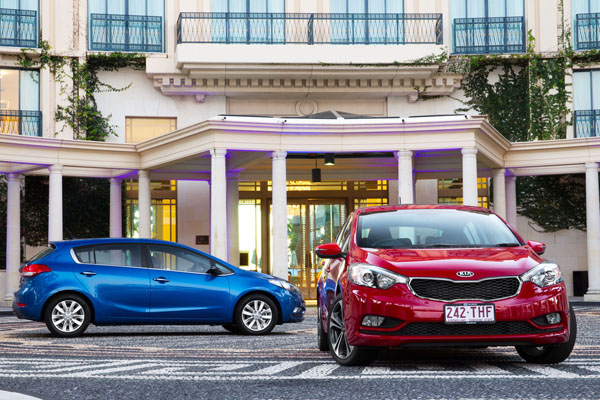 The Cerato from April 2013 has a new design 1.8-litre engine in place of the old 2.0-litre. It provides more performance and as a bonus uses less fuel. A sort of about face saw a new 2.0 replace the 1.8 in 2016. The latter is a good powerplant and we suggest shopping for one if your budget is up to it.

Six-speed automatic transmissions are more common than the six-speed manuals in this country. The latter well engineered unit with a good choice of ratios and is pleasant enough in its feel through the gears. However manuals are fast falling from favour in Australia and may be harder to resell as the years go by.

Ceratos have a simple mechanical layout and can be serviced and repaired by good amateur mechanics. Having a workshop manual at your side is a smart move.

Unless you’re confident in yourself it’s smart to have your car serviced by a professional. A full logbook showing all work has always been done by a Kia dealer is likely to make it easier to sell the car, and probably get more money for it.

Kia dealers are mainly in metropolitan areas, but some of the bigger country towns now also have multi-brand dealers with Kias on their lists.

Insurance is usually in the lower half of the premium scale and we haven’t seen any big variations from company to company. However, it’s worth shopping around, just make sure you’re making a fair comparison.

The A virtually all-new Kia Cerato was launched Downunder in June 2018, there hasn’t been enough time for many to reach the used car market yet so we won’t cover them here.

Check that the engine starts easily and idles smoothly pretty well straight away.

Ideally the engine should be started stone cold first thing in the morning to check on this. Make sure the oil warning light goes off within a couple of seconds.

Manual gearboxes that are noisy and/or sticky in their changes may be due for major repairs. It may be just that the clutch needs adjusting, if so have that work done before opting to buy the car.

CAR BUYING TIP
Car sales are way down at the moment so there can be some real bargains out there.