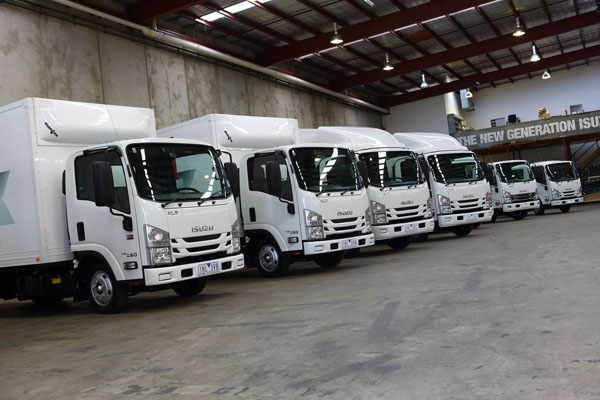 The truck market is an interesting one in that the manufacturers are often several years ahead of car makers in technology. Yet many truck drivers aren’t always keen on moving with the times.

However, the times they are a-changin’ and self-shifting transmissions are starting to take over in a big way. This change to transmission preferences is most obvious in the small truck market a segment dominated by the Isuzu N Series in this country.

In Australia, sales of two-pedal trucks have finally surpassed three-pedal models in the light and medium-duty segments.

Trucks up to 4.5 tonnes Gross Vehicle Mass (GVM) can be driven on a car licence and as such, have been a popular choice for rental companies, owner operators and seasonal employers.

Phil Taylor, Isuzu Australia’s COO, tells us, “We’re seeing a lot of businesses, especially those operating in urban PUD applications, making the switch to two-pedal trucks because of the much broader employment pool it offers.

“Automatics and automated manual transmissions (AMTs) require less training than a manual, which immediately creates more options in staffing and a reduction in training costs.

“It provides all the shift quality and launch feeling of a full auto, with the fuel economy and control of a well-driven manual. The transmission also offers better acceleration at lower speeds, making it ideal for drivers who regularly deal with stop-start traffic or high idle time. 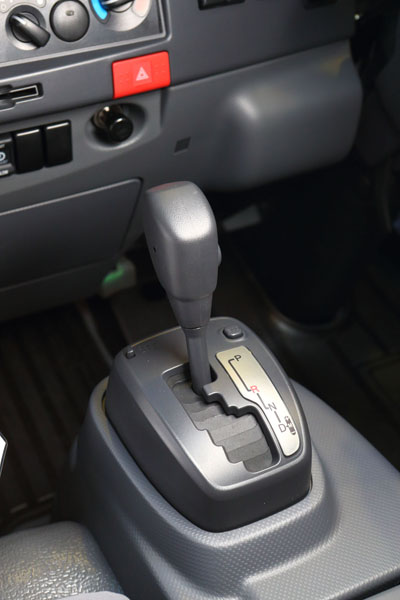 “The ratio gap between second and third gears has been reduced so high engine speeds are not required between these gears, while the speed range for third gear has been expanded.

“Drivers will also enjoy more control, with a new kick-down detent on the accelerator pedal. This feature has been developed specifically for the Australian market and road situations such as a driver coasting toward a roundabout or intersection with the intention of either accelerating or braking as required.”

For many owner-operators and small businesses, the day-to-day savings an AMT provides offset the higher initial sale price, which might have previously steered them towards cheaper manual transmission options.

The upgraded 2016 Isuzu N Series models with TC-AMT come equipped with a ‘P’ position and parking pawl to give customers a more car-like drive on a day-to-day basis.

There are also reduced maintenance costs around wear and tear on clutch and driveline components, and a boost to productivity through the momentum gained by refining gear-shift intervals. US-based Allison Transmission, the world’s largest manufacturer of commercial-duty automatic transmissions, claims the powered shift of an automatic transmission gains anywhere from four to seven seconds every 400 metres travelled. 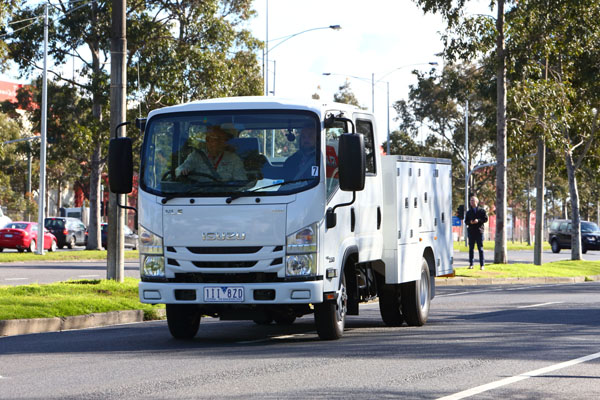 Recent technological advances also mean that an AMT reduces fuel consumption by about five per cent better compared with a manual transmission driven by the average driver. This effect is magnified when combined with features such as Idle Stop Start (ISS).

Mr Taylor also said, “The introduction of the Isuzu Automated Manual Transmission with torque converter (TC-AMT) to our F Series range has generated a fantastic response, with our customers praising its efficiency, smoothness and ease of operation.”