Hyundai Sonata has been sold in Australia since 1993. It was temporarily renamed the Hyundai i45 from May 2010 till mid 2013. The name change was due to an upmarket sales push created by its almost futuristic shape and significantly improved build quality.

Another factor was probably the rapidly growing movement from cars to SUVs Australian-wide. Anyhow, after a hiatus of two years the Sonata title was brought back to Australia in February 2015.

By this time the Hyundai importers had become very serious about the needs and desires of Australian drivers, so this new generation Sonata had undergone Australian suspension development by a team that worked in the outback as well as cities. If you’re a keen driver and your budget is up to it these are the ones to aim for – but they are still far from being a sports sedan.

These medium-large South Korean cars are sold only as four-door sedans. They can seat five adults, but two grown-ups and three juniors makes a lot more sense for Australia owners. 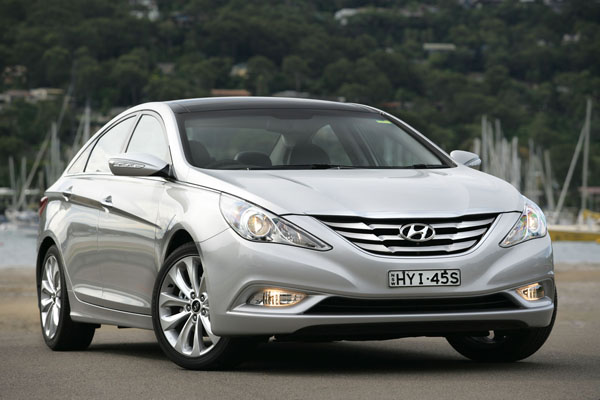 Boot space is good as they have front-wheel drive, so don’t have a differential stealing space under the rear floor. However the sleek rear end styling of the i45 can make loading very bulky items a problem. The later Sonata was better.

Hyundai i45 was criticised at its Australian launch for feeling too soft in corners and only a few months later, October 2010 , an upgraded suspension was introduced and improved the feel of the car by a fair margin.

Some older Sonatas used V6 engines and even turbo-diesels, but all models in the period we are covering are four-cylinder petrol units, with capacities of 2.0 and 2.4 litres. The smaller unit is sold in non-turbo and turbocharged format and we reckon the turbo is the preferred option if you like to drive.

Some i45 low cost models had a manual gearbox, it was never popular so you might be able to pick one up for a bargain price. Then again, when you want to resell it…

Quality of build is right up with the global best these days and Hyundai can even show a thing or two to some of the Europeans.

Hyundai operates in the top four in the sales race in Australia so there are plenty of dealers. These have expanded into quite a few country cities and town, though metro areas are its biggest market. 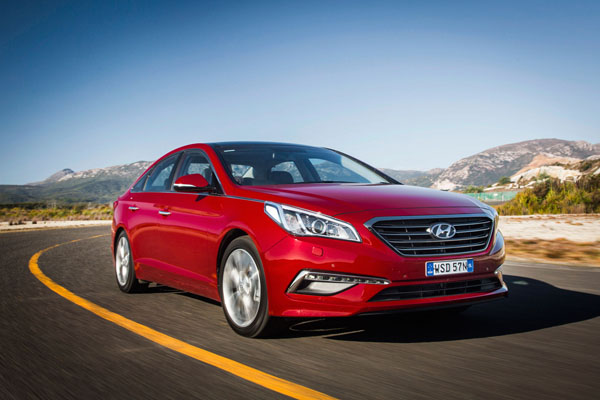 Spare parts and servicing costs are about average for this market segment. We’ve heard of no ongoing complaints about parts availability.

A good amateur mechanic can do a fair bit of their own work. Go to professionals for anything that will affect safety, though.

Insurance is also in the mid range brackets, with no major changes in premium charges from company to company. As always, shop around but make sure you’re doing accurate comparisons.

WHAT TO LOOK FOR
Though build quality is normally very good we have seen a couple of older i45s that have slipped through quality inspections. It pays to have a professional check the car as faults may be hard to see.

The engine normally starts promptly and is reasonably smooth even when cold. If not, call for a professional inspection.

Automatic transmissions which are slow to go into gear or which have harsh shifts may be due for an expensive overhaul.

Manual gearboxes don’t have the smoothest of actions but if you think it’s too bad get a professional inspection.

Be sure the brakes pull the car up evenly and don’t grab at any one wheel.

Check the interiors and boots as some cars in this class get a hard workout from families with young children.

CAR BUYING TIP
Midsize automatic sedans are often the vehicle of choice for older folks who don’t do a lot of driving and look after their cars like babies. Thus they can make excellent used buys. No promises, though…