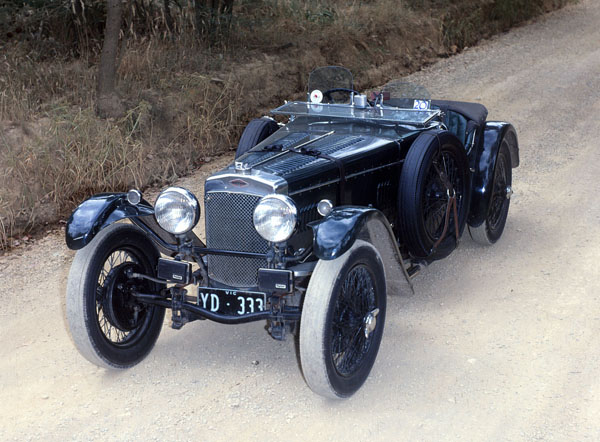 Archie Frazer Nash set out to make a sports car so simply engineered that anybody could dismantle and reassemble it as though it was a Meccano model. In fact it has been recorded that some owners had to do this on a regular basis!

The design called for the use of a proprietary water-cooled four-cylinder or six-cylinder engine, a four-speed and reverse-transmission with dog engagement of various sprockets linked by chain to the rear axle. The chain drive employed was so simple that a number of critics often questioned its effectiveness and efficiency.

Certainly, it had some drawbacks. These included the fact that the chains often broke, the links required regular cleaning and needed oiling at least every 700 to 800 kilometres. But probably the most telling problem was that there was no torque-splitting differential.

To prevent the tyres from being worn out prematurely a narrow rear track was essential. On the positive side however, traction was excellent.

The chassis which Frazer Nash built was a simple structure with stiff cantilever springs at front and rear, and high-geared steering. This ensured that handling was highly responsive. The body was set low and narrow and being of aluminium construction this two-seater had obvious competitive potential although its poor aerodynamic shape prevented the attainment of high speeds.

Between 1924 and 1939 only about 350 Frazer Nash cars were built with various engines being employed. The most successful of these was possibly the Meadows four-cylinder overhead-valve 1496cc engine which powered the first batch of variants named ‘TT Replica’ after the Tourist Trophy race on the Isle of Man where the cars performed so well. This engine developed 46kW at 4500rpm being fed by two horizontal SU carburettors and could reach a top speed of 136km/h.