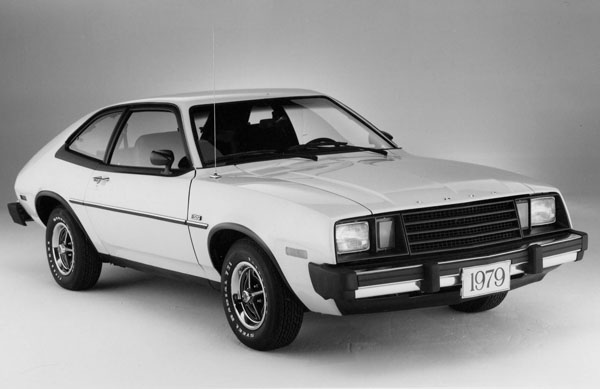 In 1970 the Ford Motor Company in the US decided it was time that it produced a sub-compact car in an earnest attempt to stem the growth of Japanese imports. Choosing a wheelbase of 2.3 metres and a choice of either a 1.6-litre or 2.0-litre four-cylinder engine the Pinto looked like a winner when it was first introduced to the market. However, although it seemed like it was suited to the task, the engine and transmission of the Pinto were not a good match and the car had serious flaws.

To start with for a car of its size and weight it was seriously under-powered. The standard four-cylinder engine was coupled to an astonishingly puny automatic transmission and this produced a car that had about as much motive power as a wet sponge.

Whilst Ford engineers worked to get the `bugs’ out of the car even at the end of the model run in 1976 the car’s automatic transmission habitually slipped from park to reverse – not a comforting thought, but even this was not the worst feature.

The most disturbing aspect of the Pinto was its propensity to explode in a ball of flame when hit from behind. And it did not take a major `prang’ to achieve this state of affairs. Even a relatively minor hit which only bent the rear bumper was enough to result in death by fire; a numbing fact that hung over the 1970/76 Pinto like the shadow of the Grim Reaper.

The Ford Motor Company did take steps – after being sued – to correct the problem by a massive recall campaign. Investigations revealed that the explosion problem was due to a defect in the gas tank ventilation system. In 1974 energy-absorbing bumper bars were made mandatory for all US built motor vehicles as a safety measure and the addition of these to the Pinto gave the car a somewhat more substantial appearance.

The Pinto’s bulging sides, sloping back and insensibly long hood seemed to come from several disparate designs, but was intended to give this small car the appearance of elegance and forward motion. Many buyers said they liked the appearance of the little car and found its design to have a `friendly’ look.

With the big three US car manufacturers it has been a regular practice to produce parallel models under a different brand with differing options and this was also the case with the Pinto. The Mercury Comet was a slightly more upmarket version of the Pinto but, unfortunately for it, it inherited the same faults and woes as its Pinto brethren.