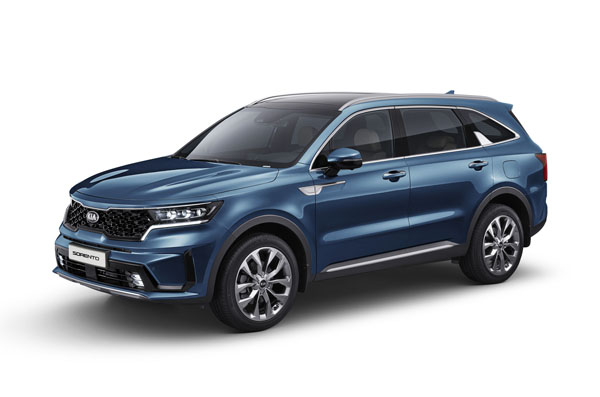 Kia has revealed the first official images of the new Kia Sorento. The design incorporates sharper lines and uninterrupted surfaces giving it what the South Korean company says is, “a more confident, more mature and more desirable design”.

In profile, the proportions of the Sorento are subtly adapted to make it appear longer, with shorter front and rear overhangs and a longer wheelbase. It has Kia’s hallmark ‘tiger nose’ grille with ‘tiger eye’ LED daytime running light.

The next-generation model is based on an all-new platform, raising standards in the midsize SUV segment for space, practicality, efficiency and quality.

Inside, the Sorento comes with a 10.25-inch touchscreen infotainment system incorporating an audio-visual navigation. It has a 12.3-inch high-resolution digital instrument cluster.

The new model is the result of a collaborative effort between all three design studios within Kia’s global design network; in Korea, Europe and North America.

New Sorento will make its public debut at the Geneva motor show on March 3, 2020. First imports to Australia are likely to be turbo-diesel powered models and arrived towards the end of June.

If you’re interested it might an idea contact your local Kia dealer soon because it’s likely there will be a strong global demand on a vehicle that’s been selling in huge numbers, so stocks may not keep up with the rush.