They were iconic times. I celebrated starting uni by purchasing my first pair of Levi jeans; my first Ben Sherman button-down-collar shirt; and the up-and-coming Rolling Stones headlined an all-nighter at Wembley Pool At the same time, Mini Coopers were buzzing around London leaving behind the titillating odour of cooking Castrol R. More than a whiff of nostalgia came back recently when Mini introduced its first five-door hatchback to complement the three-door variant of the third generation iconic car. Known for more than half a century for its agile handling… Read more

Trim, taut and terrific: okay, that’s old hat, but nothing could better describe the new Mini Cooper. A member of the 2014 Mini Hatch family, the Cooper, carries the famous name with aplomb. The new hatchback comes in three versions – Cooper, Cooper D and Cooper S – with the choice of two petrol (three and four-cylinder) and one diesel engine (three-cylinder) attached to either a six-speed manual or six-speed automatic transmission. The new Mini Hatch has its ups and downs . . . in the nicest possible way. It… Read more 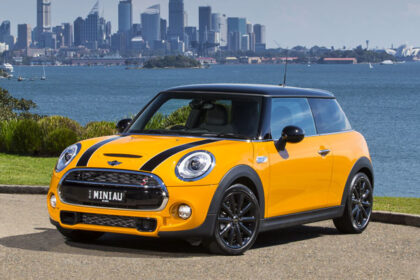 Introducing a car as well-known as the Mini Cooper S brings back images of twin-tank bricks-on-wheels sliding across the top of Mount Panorama or slithering down the Col de Turini. With the all-new model Mini has come a new, beefed up Cooper S, powered by a 2.0-litre turbocharged four cylinder. Which is one cylinder and a half-litre up on the three-cylinder Cooper, not to mention a $10,000 price increase. VALUE The Mini range starts at $24,500 for the manual 1.2-litre turbo One. Our road test car, the Cooper S, starts… Read more 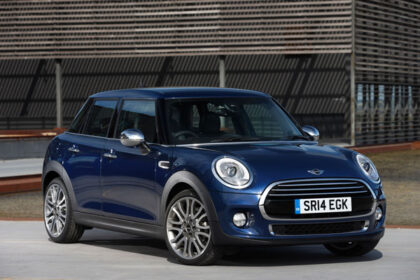 Minis are becoming more maxi by the day. Which is no bad thing, those who love the cheeky styling of the original BMW Mini, but need more than two seats will be pleased to hear that a stretched five-door Mini is on the way. The current three-door Mini is almost coupe-like in that it’s all a bit squeezy in the back seat if you shovel adults in there. It’s not just the Mini body that’s bigger, the wheelbase is what counts when it comes to interior space, in the Mini… Read more 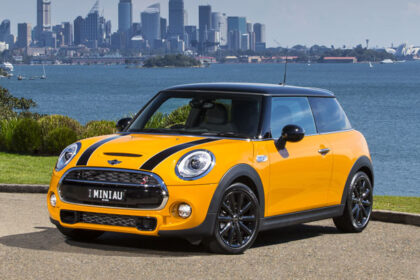 Designing a new Mini isn’t easy. As with the Porsche 911, Fiat 500 and VW Beetle, a new Mini must not stray too far from the original. Yet it’s also required to be different enough to make buyers fall in love with it so they desperately want to hand over their hard-earned and stay at the head of the automotive fashion scene. Bigger, and definitely better, than ever before, the fourth generation (if you count the 1959 original as the first) Mini is smoother, quieter, cleaner and safer – but… Read more 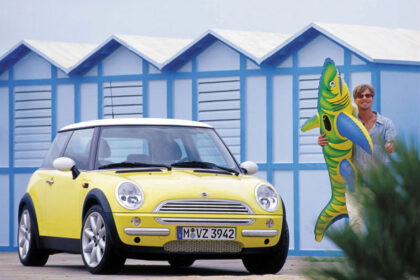 Despite sceptics having serious doubts about the new Mini when it was launched in the UK and Europe 2001, it has been a big success. It arrived downunder in March 2002 and local car enthusiasts immediately joined in the fun. Fun, which has continued to this day, has been further enlivened by the fact that an all-new model is due this year. Meaning that quite a few older Minis will appear on the used-car scene as fashion conscious owners want to trade up. If there is a flood of used… Read more 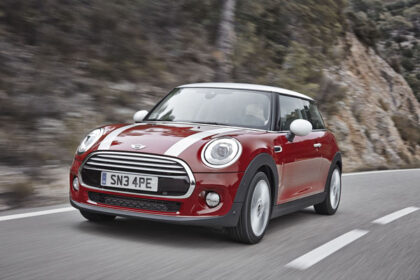 Mini aims to make a big splash at the North American International Auto Show (almost invariably referred to simply as the Detroit Motor Show), by unveiling its all-new John Cooper Works Concept. Though it’s tagged as a concept there’s little doubt it will be close to being the real thing. The German-owned British brand is now in its third generation since its revival in 2002 and is larger than ever. The new Mini never was mini in the manner of the miniature 1959 Mini and has grown to maxi proportions…. Read more 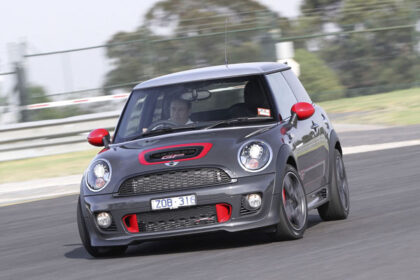 BMW’s Mini seems intent on becoming all things to all men and women, continuing to come up with new versions of the iconic British brand. The John Cooper Works high-performance range is now offered in every model: Mini, Clubman, Coupe, Cabriolet, Roadster, Paceman, Countryman and GP. John Cooper, who gained legend status during the 1950s and 1960s designing Formula One and Indianapolis 500 race cars, began putting a sting in the tail of competition Minis – he designed the first high-performance Mini Cooper for the 1960 Monte Carlo Rally –… Read more