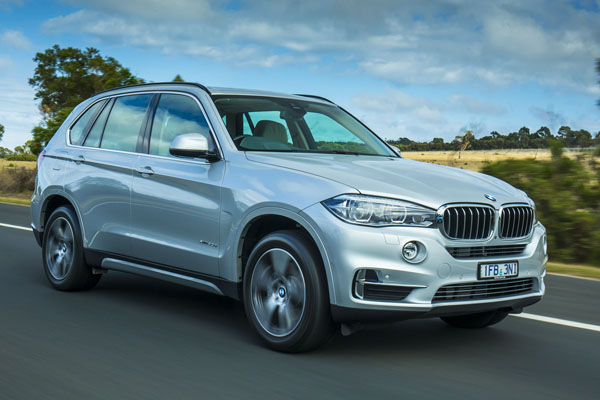 BMW already has the cleanest range of cars in Australia when measured on grams of CO2 produced per kilometre travelled. Far from being content with this, the German marque has just introduced a petrol-electric plug-in hybrid model to the X5 range.

It’s tagged the BMW X5 xDrive40e; the ‘e’ obviously indicates ‘electric’; the important part of the name, though, is the ’40’. Because the eDrive has similar performance to the ’40’ performance models in the BMW range. An acceleration figure from rest to 100 km/h of 6.8 seconds certainly backs that up.

BMW already makes standard petrol and diesel vehicles as well as the i models that are primarily electric focussed. The iPerformance models – a 3 Series hybrid will be introduced soon – sits neatly between the two ranges.

The X5 xDrive40e with hybrid powertrain consists of a four-cylinder, 2.0-litre, turbo-petrol unit and what BMW likes to call an ‘electric machine’. The latter is combined electric motor, generator and starter motor. The powertrain combination produces up to 230 kW, with top torque of 450 Nm. An eight-speed automatic is standard. 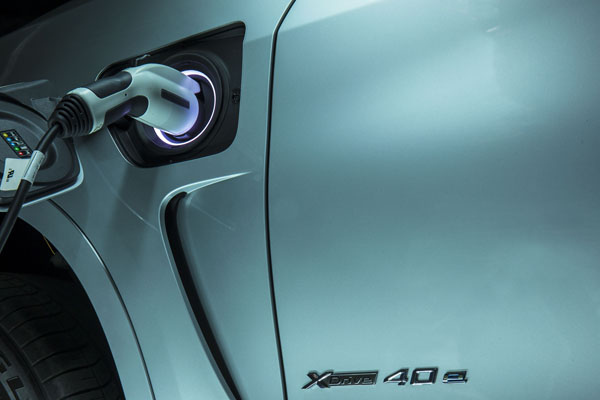 The lithium-ion battery package holds enough energy for about 25 to 30 kilometres when running on electricity alone. It can be charged from a normal 10-amp powerpoint, a full charge taking about five hours; a 16-amp BMW Wallbox that costs $1700 plus installation, or at public charging stations – there are currently about 260 of these in Australia, with more coming at a fairly rapid rate. Most of these charging stations provide free electricity.

A number of hybrid driving modes are on offer; ranging from full-on economy through mid-range to enthusiastic driving performance. Team these new modes with the existing ones in the standard X5 models and you have a range of combinations that would more than fill this story.

At first the name iPerformance didn’t sit right with us; we wondered why it wasn’t called something like iHybrid or iEconomy ( iClean would be a bit naff.. ). But when we tested the hybrid X5s on the roads in and around Canberra as part of the media launch we soon changed our minds. This most certainly is a performance vehicle, with the usual instant torque that we love in all electric or part electric vehicles.

Plenty of safe overtaking ability and sporting cornering grip add to the package. So the title iPerformance now sits fine with us. 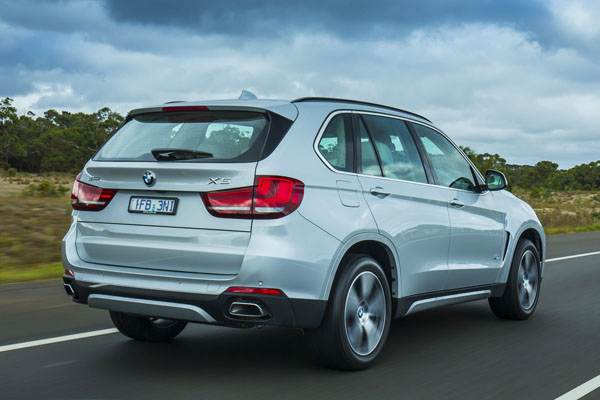 Combined fuel consumption is listed as 3.3 litres per 100km. However, this is misleading at it doesn’t take into account that the batteries already begin the fuel-test cycle with a fuel charge. During our testing we found consumption to be about four to six litres per hundred kilometres while using a combination of petrol and electric power, rising to about seven to eight litres running mainly on petrol.

PRICE
Cars currently being sold new in Australia emit far more grams of CO2 per kilometre travelled than in European countries. We are so far down the global list that we are now neck and neck with Mexico (yes, Mexico!) in the pollution list. I find this deeply embarrassing…

Yet Australian governments continue to refuse to give incentives to people who want to buy hybrid and electric cars. The latest round of talks between all involved parties, took place the day before the launch of the X5 eDrive. Again incentives were requested by the car industry representatives, again none were given.

Though the BMW X5 iDrive40e costs more in other markets than the equivalent non-hybrids. BMW Australia fought hard with its head office to keep the price down and partially counteract Australian government inaction. So the price of the BMW X5 hybrid here is the same as that of the X5 iDrive40d diesel. That is $118,900 plus on-road costs. We should be grateful to them for doing so and wish them well with strong sales.