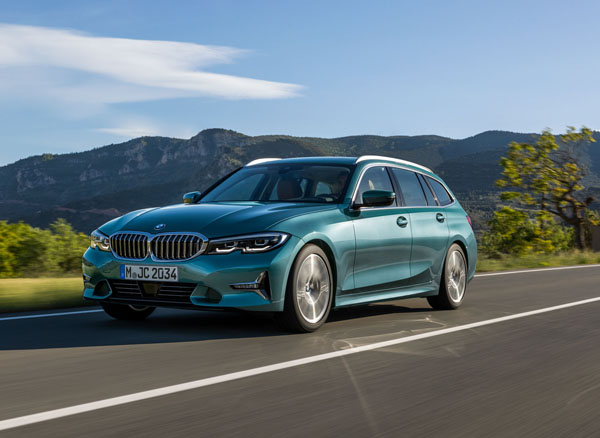 Keen to provide a viable alternative to high riding SUVs, BMW Australia has introduced the 3 Series Touring (station wagon) to its lineup. At this stage only the 330i model has been announced, it will go on sale in October, with others to follow at dates yet to be announced.

To further sweeten the pricing pie the M Sport package is standard, and Luxury Line is a no cost option.

A fascinating feature is Reversing Assistant which records the last 50 metres of forward travel and is capable of navigating the same path in reverse. Just the thing for manoeuvring out of tight, narrow parking spaces.

Compared to the predecessor, the new BMW 3 Series Touring is 76 millimetres longer, 16 mm wider and just eight mm taller. Extended proportions of the vehicle have resulted in more shoulder room for the driver and front passenger, an increase of 11 mm of leg room for the rear passengers, as well as extra headroom for all occupants. 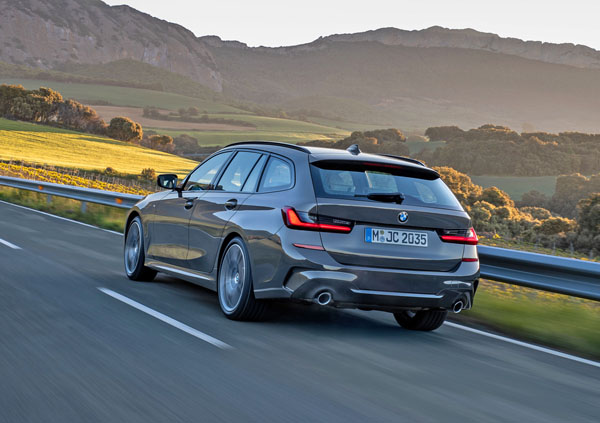 Debuting on the 330i Touring are aluminium front spring struts and engine sub frame which saves 7.5 kilograms of weight. An extra 15 kilogram decrease has resulted from utilising aluminium for the construction of the side panels and bonnet. Overall, it weighs up to 10 kilograms less than its predecessor despite larger exterior dimensions.

There is 500 litres of luggage capacity. The 40:20:40 split folding rear seats can be folded to provide up to 1510 litres. The loading sill is slightly lower than in the older model for easier loading. 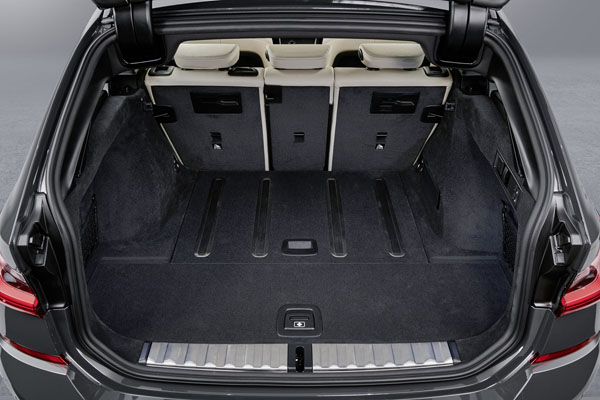 Featuring a BMW Live Cockpit Professional with BMW Operating System 7.0 which includes a 12.3-inch instrument cluster and a driver oriented 10.25-inch Control Display, which the driver can customise.

The skills and range of functions will be expanded with consistent updates available through smartphone or in-car Remote Software Upgrade,

We have yet to road test a BMW Touring, but will do so when the first models arrive here in October and report on shortly afterwards.