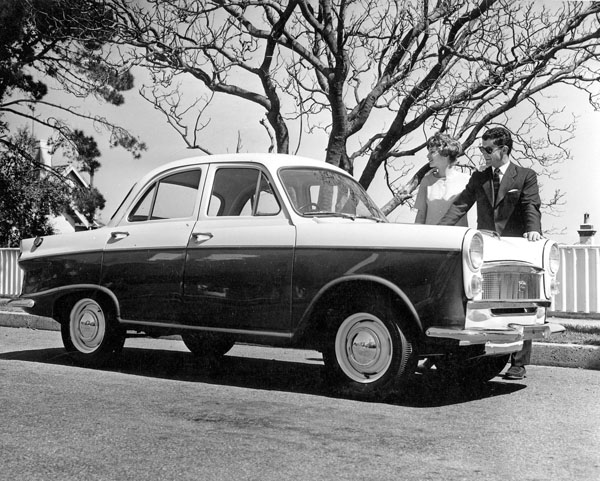 Although Austin models were first assembled and partly manufactured in Australia before WWI, the 1958 Lancer was probably the first to have a significant local design input.

The Lancer was one of ‘twins’ produced by BMC in Australia, the other being the Morris Major.

Powered by a 1.5-litre, four-cylinder engine, the Lancer (like the Major) was based largely on the Wolseley 1500. By the standards of the day, the Lancer had an above average power-to-weight ratio. It was praised for its brisk acceleration and top speed of 125 km/h, which was considered impressive for a small car.

Despite the car’s virtues, Lancer sales were slow and the model was dropped in favour of the locally assembled British A40 Farina.

The line between what is Australian and what is not becomes particularly blurred with BMC/Leyland cars, which were produced in almost infinite variations wearing a variety of badges in dozens of countries.