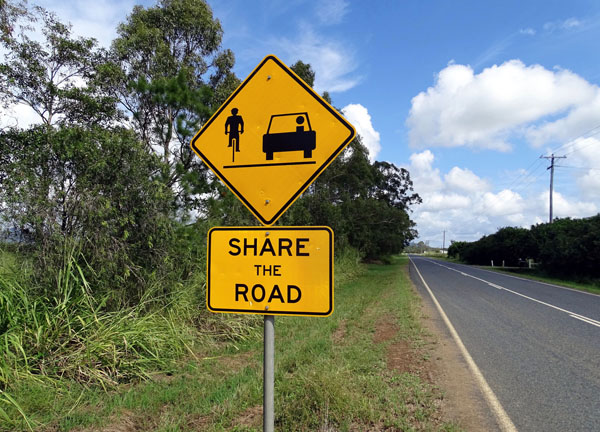 Unfortunately the two types of drivers often get in each others’ way. Those who want to get on with their trip in a reasonably short time find themselves being frustrated by the slow movers.

And the person who wants to wander along and enjoy their drive often find their mirrors full of other cars’ bonnets, sometimes with stupid tailgating putting both drivers at risk.

Both types of driver have a legitimate right to be on the road and to travel at their own pace – but they should show consideration to each another.

The guy who wants to travel slowly should look for a safe opportunity to move over and let others pass, especially when a large queue forms, indicating in plenty of time that they are doing so.

If you are one of the quicker drivers and are stuck behind slow moving traffic don’t get impatient. There’s no surer way of irritating a slow moving driver than to sit right on their back bumper – and guess who will get booked if you run into the rear of the other car…

A big mistake is for the driver of the faster car to try to get past two or three others at the same time. That can lead to the second car in the convoy moving out to overtake just as an impatient driver tries to jump the queue, sometimes with fatal consequences.

Motorhomes are often notoriously slow so when I’m doing a road test on one I like to move over to let the quicker guys past. Once you set your mind to doing so it’s surprising just how many opportunities there are. It’s unusual for there not to be a chance to get out of the way every few minutes.

It’s very pleasing to see how grateful other drivers are when you do let them past. Almost invariably you’ll get a friendly toot-toot and wave, which makes everyone involved feel better.

A driver who’s feeling good is a better and safer driver – so we all win and isn’t that what life’s all about?