Malaysian car maker Proton has been very quiet in Australia in recent times, but is planning to make more noise on the market in the coming few months. The company made some weird decisions on pricing in years gone by, asking big dollars for some models with the result that sales were all but non-existent at times.

The lesson appears to have been learned and Proton is now proudly telling us its cars are amongst the cheapest on the market.

Proton launched a model called Preve in four-door sedan format early in 2013 and will expand the range with the introduction of a sporty Preve GXR. It will be powered by the turbo version of the 1.6-litre Campro engine with 103 kW of power and 205 Nm of torque. Which should make it more lively than the sedan with its non-turbo 80 kW engine.

Proton is proud of the fact that the driving dynamics of Proton Preve GXR have been Lotus engineered. This is something that has impressed us in previous Proton models, which had excellent ride and handling. Preve has a five-star crash test rating and will go on sale in Australia on November 1, 2013. 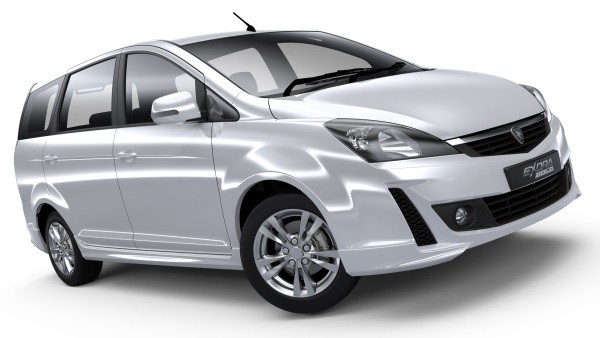 To that list the Proton Exora GXR adds a leather trimmed interior, cruise control, a reversing camera, and a rear spoiler.

Both versions of the people mover are powered by a low-pressure turbo-petrol engine of 1.6 litres, producing 103 kilowatts of power and 205 Newton metres of torque. They will have a CVT automatic transmission, with six preset ratios for the times when the driver feels the computer hasn’t selected the correct ratio for the conditions.

Major safety items are ABS, ESC and four airbags. However, the Proton Exora has only received a four-star ANCAP safety rating in a time when many cars gain the maximum five stars.

Proton’s newest model, the Suprima S hatchback is further down the track, with an on sale date of December 1, 2013 being currently planned for. Pricing will be announced at a later date.

Just introduced in Malaysia, the all-new Proton Suprima S will be sold in two models, both using the same turbo-petrol 1.6-litre Campro engine and CVT transmission as are installed in the Exora and Preve. However, a six-speed manual version will be available from the first quarter of 2014.

All new Protons have five years capped price servicing, a five years warranty and five years free roadside assistance; all of these have a distance limit of 150,000 kilometres.

We will be interested to see how the new Proton range works out. Previous models have greatly impressed us with their ride and handling, but left us distinctly unimpressed with engines that were down on performance.

Build quality was on the variable side in years gone by, but has hopefully been brought up to date. Certainly our visit to the then new Proton factory in Malaysia about five years ago showed that the team there is very determined to produce world-class cars.