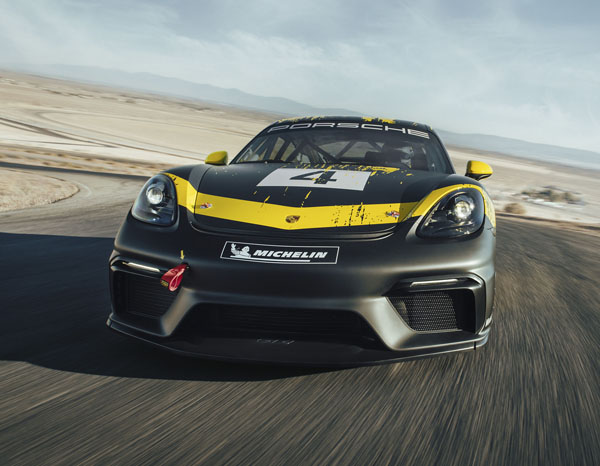 Porsche 718 Cayman GT4 Clubsport is aimed at the serious driver and the latest two versions take them a further step forward. The Trackday is for ambitious amateur racing drivers, the Competition variant for national and international motor racing.

Powering the 718 GT4 Clubsport is a 3.8-litre flat-six engine producing 425 hp (313 kW) this is 40 horsepower up on the previous version. The power goes to the rear wheels via a six-speed dual-clutch gearbox and mechanical rear axle differential lock.

The Trackday has a fixed shock absorber setup. The ABS, ESC and traction control assistance systems ensure forgiving handling at the limit and can be deactivated.

The Competition has shock absorbers that can be adjusted in three stages; a brake balance system that can be infinitely adjusted between the front and rear axle. An integrated air jack system minimises pit stop times and there’s a safety fuel tank with a capacity of 115 litres for long-distance events.

The quick-release racing steering wheel adopted from the 911 GT3 R ensures a range of adjustment options for the individual needs of the drivers. An automatic fire extinguishing system adds another safety feature for the racetrack. 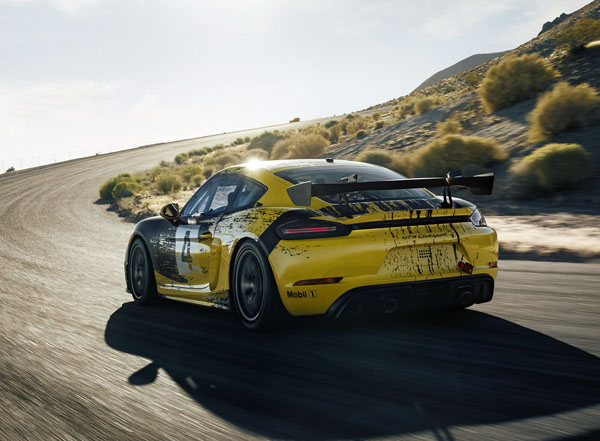 Fascinatingly Porsche’s designers have concentrated not only on faster lap times, but also on the sustainable use of raw materials. It’s the first production race car with body parts made of natural-fibre composite material.

The doors and rear wing are made of an organic fibre mix sourced primarily from agricultural by-products such as flax or hemp fibres. They have similar properties to carbon fibre in terms of weight and stiffness. 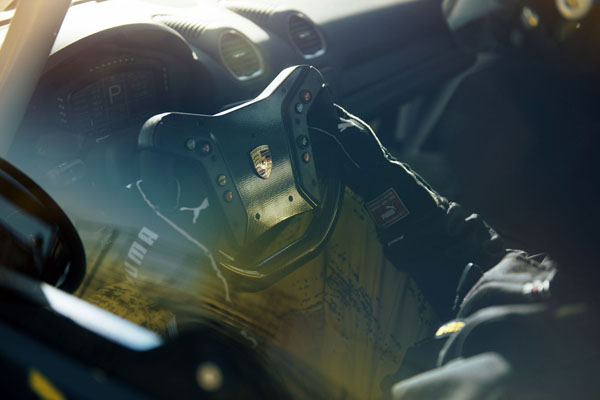 Porsche 718 Cayman GT4 Clubsport, is delivered ex-works with a welded-in safety cage, a racing bucket seat as well as a six-point harness. Both versions can be ordered now and will be delivered around the world from February.