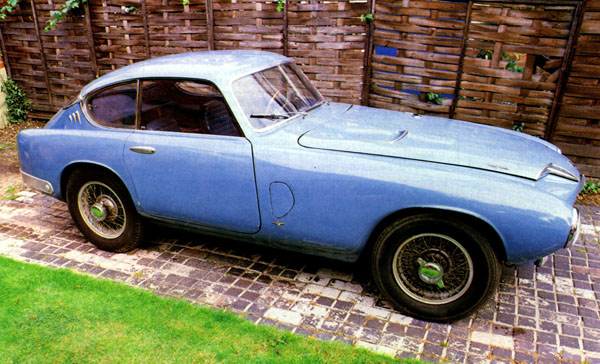 For those not around at the time, perhaps a short history lesson may help to set the scene for background to the Pegaso, a Spanish marque whose name is probably unfamiliar to many. In the early 1950s after World War II Spain was ruled by a dictator, General Franco. The country, which was desperately poor, had at the time only a very small motor vehicle industry whilst other European countries used their wartime production experience to develop automobile production, especially for export, to earn valuable currency.

Franco wanted to convey to the world that Spain was a very advanced country. Famous Spanish racing driver and engineer, Wilfredo Ricart, after running for some time a successful engineering firm and dabbling in car production in Spain, joined Alfa Romeo in Italy in 1936. He was wooed back to his home country to produce a prestige motor car at the ENASA truck and commercial vehicle factory.

The result was the Pegaso. A major problem with these cars was that Ricart built them as though they were racing cars and each car was virtually built to order. Hardly any two Pegaso cars were alike. They were very complicated, poorly assembled and, if any were entered in racing competition, performed poorly. As well they were expensive.

They had DOHC V8 engines of varying capacity – 2.5-, 2.8- and 3.2-litre versions were produced – and because they all had chain driven camshafts they were incredibly noisy. Some models fitted with a Rootes type supercharger developed as much as 213kW and, with the two stage blower, 261kW. The engine used a form of dry sump lubrication in which the oil tank was integral with the water radiator so as to obviate the need for a separate oil cooler.

These engines powered the rear wheels through a five-speed crash gearbox. Whilst the engine performance lacked something, the Pegaso chassis with torsion bar and double wishbone front suspension and a de Dion rear end worked well but overall body finish was poor. The body and pressed steel chassis were not light and as a result the four-wheel drum brakes were rather ineffective for a range of highly powered V8 cars and this certainly was one of the reasons the Z102 had only limited competition success. Hill climbs were a different story for it was here that Pegaso established a good reputation at a number of European hill climbs.

The Pegaso was never able to establish itself as a prestige motor car. The Z103 followed but in spite of a larger V8 engine, now with a single camshaft operating the valves through pushrods, only a few of these were built before automobile production was closed down. Production of Pegaso trucks continued however and the ongoing demand for these was, no doubt, due in part to the sophistication of the Pegaso automobile.