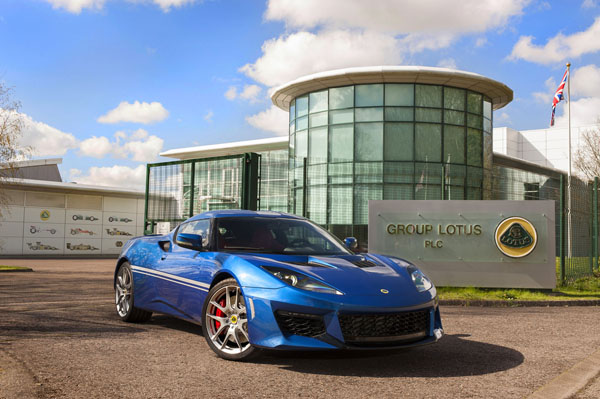 Poor old Lotus. Passed around from incompetent owner to (eventually) bankrupt owner and on to an uninterested owner, it’s the sportscar company that could – but can’t because there’s no money.

There was a highly amusing – for outsiders anyway – attempt to kickstart Lotus, with ex-Ferrari executive Danny Bahar drafted in to try and reboot the brand. He failed miserably after a laughable strategy to expand the range to five cars with no obvious financial backing to do so.

Bahar left under a cloud and Lotus was back where they started – Elise, Exige, Evora and a track special or two, but in a safe pair of hands belonging to Jean-Marc Gales.

Same old Lotus, punching way above its (light) weight. In Australia, sales dwindled to single figures in 2016. As a result, Lotus’ import operation moved from Ateco to Sydney’s Simply Sports Cars, the company that also brings in the bonkers KTM X-Bow.

Where before you just got a car, now you get a bunch of people who absolutely love what they do, which Lotus needs. An Evora is not an obvious proposition.

VALUE
The Evora is available in two specifications – the Evora 400 and Evora 410 Sport. We had the 400 which was also in the Hethel special edition spec, named after Lotus’ birthplace in Norfolk, UK and had a striking blue paint job. 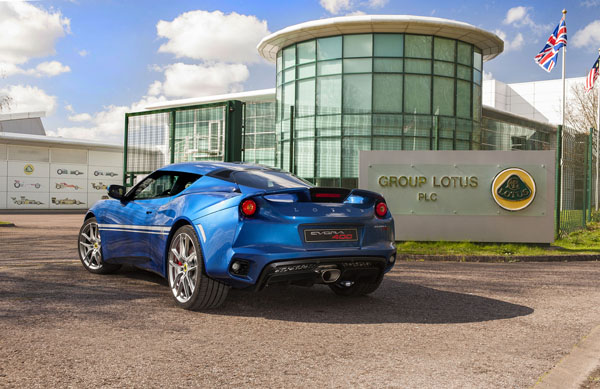 As the Evora is handmade, you can delete the rear seats (and air-con, if you must) and you can specify different interior trim and change the colour of the calipers.

DESIGN
The Evora is an older car but the occasional tweak to the composite body has kept it looking fresh. It looks terrific – close to the ground, crouched, the design drawing attention to its mid-mounted engine. The engine cover is transparent and passers-by can look in and see the big proud LOTUS stamped on top of the supercharger.

Inside is straightforward if a bit plasticky. There are some nice touches, though, and it seems the early quality issues (almost a decade has passed…) have been sorted. It’s not an award-winner, but it’s functional and caters for driver and passenger in comfort. 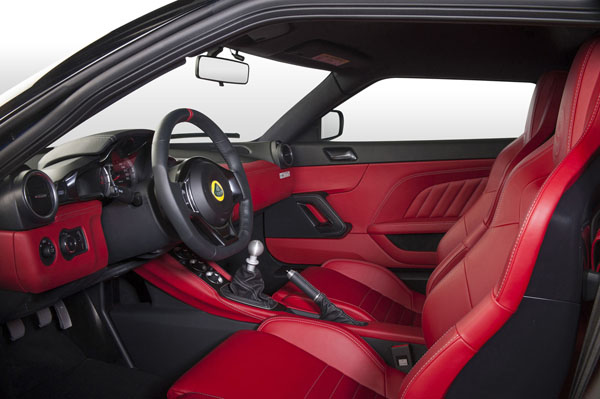 There is no ANCAP safety rating.

INFOTAINMENT
Probably the least-inspired part of the car is the stereo. There’s nothing wrong with it per se, and it does what it’s supposed to, but really does look like someone popped out to Supercheap and bought a job lot. It’s a quality Alpine unit with a sat nav that works and the sound is perfectly fine. It’s just not what you expect on a near-$200k sportscar. But if you’re buying a Lotus for the stereo you’re either (a) mad, (b) missing the point entirely or (c) both.

ENGINE / TRANSMISSION
The Evora ships with Toyota’s 3.5-litre 2GR-FE V6, an unburstable unit found in rather less exciting product the world over. Lotus straps an Edelbrock supercharger to it and it cranks out 298kW and 410Nm to send the 1425kg machine to 100km/h in 4.2 seconds.

The engine is mid-mounted, jammed right up behind the rear seat passenger’s backs, and sits atop a six-speed automatic transmission from Aisin.

DRIVING
The Evora’s driving position is, as the kids would say, en pointe (that’s not how they spell it, though). Step in and over the sill, snuggle down and you’re in the cockpit. What’s in front of you isn’t especially inspiring and does date the car back to its inception in the mid-to-late 2000s. It’s all there, though, and while the switchgear is old, it all works.

In place of a gear selector there’s a Ferrari-style set of buttons for P, R, N and D and you’ve also got a set of paddles on the leather steering wheel.

The engine start button is old school – in an Audi or a Ford, you just press the button and away it goes. In the Evora, you press and hold. I like that. It’s endearing and has a race car feel to it. The pedals are big, drilled units and are suited for either normal driving or left-foot braking, further encouraged by the fact this is the auto. This isn’t a modern twin-clutcher either and, technically, is blasphemy in a Lotus, but there you are.

Switch to Sport mode, warm it up and get on it. That’s what this car is all about. The engine screams to the redline without bothering to disguise its glee – this sounds nothing like a Camry. The engine wails and bangs and pops and has a lovely linear power delivery courtesy of the supercharger.

Leave the transmission to its own devices on the upshift – it’s slow to respond to the paddles and changes up at the right time anyway. If that’s a problem, the manual is for you and as an added bonus, has a limited slip diff. Which I didn’t miss on the 400.

The amazing thing about the Evora, though, is the way it rides and steers. Both are the stuff of legend but there isn’t another sportscar on the planet short of a McLaren 570S that rides this well at any speed. The steering is just about perfect – the way its weighted, the way it responds to a roll of the wrists, the way it isn’t hyperactive or scary. It’s still hydraulically assisted, too – I think that leaves it in a very select group.

Anyone can drive this car fast with confidence, knowing it won’t bite. And it manages all this without adaptive damping, just a set of well-specified springs and dampers from suppliers Eibach and Bilstein. The AP Racing brakes are gigantic and devastatingly effective while also beautifully tuned.

SUMMING UP
The new Lotus importers are keen to get you out on track, on the road and together with other Lotus owners. I’ve never driven away from a car pick-up knowing what to do with the tyre pressures once I’ve warmed up the tyres. These guys are right for Lotus and the Evora does not deserve to be forgotten. Things are looking up at Lotus, too – it’s profitable and has just been bought by Chinese giant Geely who have done a brilliant job with Volvo.

The Evora is not a Lotus that you’d choose to leave at home on certain days. You can drive this car every day without fear or favour. While the back seat passengers will hate you (that’s if you can get them in), if you treat the car as a two-seater, you’re on a winner.

Fast, fun and even a head-turner after all these years, the Evora is an acquired taste. But it’s not the usual meaning of acquired taste – take it for a drive and you forget that it doesn’t have the interior polish of a 911 or the tech tour-de-force feel of a BMW, Audi or Mercedes. It’s a simple, lightweight, connected sportscar that will never fail to put a silly grin on your face.